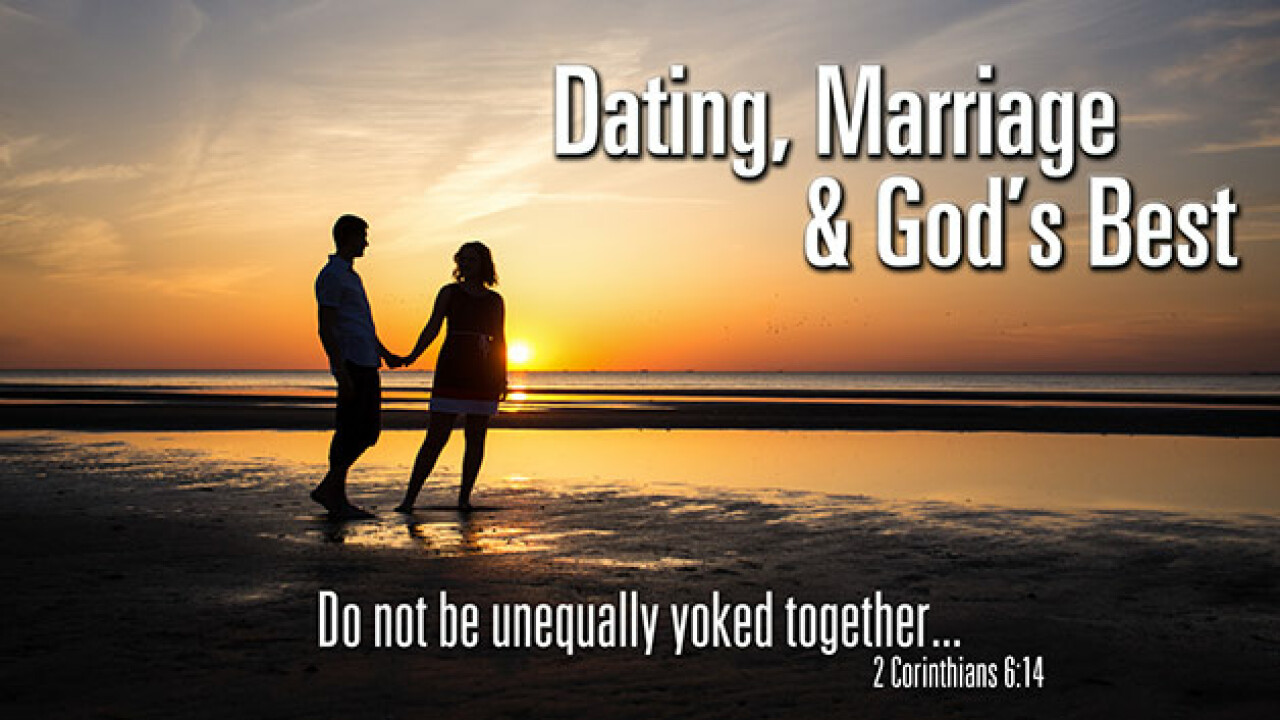 The same story happens again and again.  Young people, despite their better judgment and how they were raised, date someone they know they shouldn't really be dating.  Over time, simply because of the amount of time they spend together, they fall in love (or into sin).  They know in their heart it's not someone they should marry but they marry them anyway.  And then trouble comes...

Unfortunately over the years, this is a horror story we've heard again and again.  When young people head down this road, most times they don't want us to counsel them and marry them.  Why?  They don't want us to know what's really going on, they don't want us to know what kind of choice they're making, despite their better judgment and what God's Word says.  Many times sin is a part of this equation--they feel like they have to get married because they have entered into sexual sin with someone they know they shouldn't even be dating in the first place.  People don't just fall into sin.  One compromise and wrong choice always leads to another.  That's why we tell young people to keep it "cool" when they are dating and to conduct themselves in purity.  This is also why we tell young people to only date genuine believers of like mind and faith.

For dating and marriage, Paul shares two powerful, Scriptural principles for life and relationships that should always be applied to marriage:

Far too often, Christian young people and Christian singles date and marry people who aren't even believers.  They have never genuinely repented of their sins and they have not been born again.  Jesus taught us to evaluate a tree by its fruit, whether good or bad.  When people are in this situation, they've seen the bad fruit but they've chosen to date and marry someone anyway.  Why?  Some people fear being alone.  Better to be single than to marry the wrong person!

It's one thing for there to be a couple in which both the man and woman are unsaved, and then one spouse gets saved.  In that situation you then have a believing spouse and an unbelieving spouse.  Paul describes that situation in 1 Corinthians 7.  But it is an entirely different matter for a Christian young person or single to willfully date and marry someone they know is not even a believer.

If you date and marry someone who is NOT a believer, then you are violating a Scriptural prohibition that is in both the Old and New Testaments.  God's people were not to intermarry because God knew unbelieving spouses would lead His children into idol worship and sexual immorality.  There are countless examples of this throughout the Bible!  In the New Testament, Paul tells us in 2 Corinthians 6:14-16, "14 Do not be unequally yoked together with unbelievers. For what fellowship has righteousness with lawlessness? And what communion has light with darkness? 15 And what accord has Christ with Belial? Or what part has a believer with an unbeliever? 16 And what agreement has the temple of God with idols? For you are the temple of the living God."  Paul then quotes a command of God from the Old Testament, "Come out from among them and be separate."

Light has no business with darkness, ever!

Further, when you date and marry, even if someone says they are a "Christian," you must evaluate whether or not they are a Christian and even if they are, you must carefully evaluate what kind of Christian they are.  For example, if you date and marry a nominal believer, who isn’t a doer of God’s Word, they will bring you down to their level. You won’t bring them up to your level! Paul writes in 1 Corinthians 15:33, “Don’t be misled: “Bad company corrupts good character.”  I have discovered that's true 100% of the time!

Several times now, we have seen a young man or woman attend church right up until they convince a young person at FCC to marry them; then, as soon as they are married, they pull their spouse out of church.

Evaluate what kind of believer someone is—
If you are a Full Gospel believer who believes in healing and the power of the Holy Ghost, you have no business marrying someone who rejects the Holy Spirit and who believes (as a point of doctrine) that God doesn’t answer prayer or do miracles today. If you’re a Full Gospel believer, you have no business marrying a Calvinist, which is someone who subscribes to the wrong doctrines 1) that God does not want all to be saved, 2) that God has pre-determined who will be saved and who will go to hell, and 3) that God controls everything.  Can you imagine getting married, having children, and then someday when a child is sick your spouse telling you that they don't believe God heals or answers prayer or that sickness is God's will?

When someone buys a used car, they run a Carfax, but far too often people enter into marriage and they just accept someone’s word that they’re a “Christian,” without due diligence and evaluating the fruit of their life, whether good or bad.

Never marry someone hoping you can fix them or you can somehow turn a frog into a prince.  No matter how much we may want to, we can never make or force anyone to do anything. People don’t change unless they want to.  Every man and woman must individually choose whether or not they will repent of their sins, accept Jesus as Lord and Savior, submit their lives to the Word of God and become a doer of God’s Word.

We want to see you make good decisions and live a blessed life.  And we want you to experience God's best in every area of life.

Unfortunately, that's what people do and then they come to us with stories of trouble and heartache.  We love you and we want you to avoid trouble in life.  That's why we preach and teach God's Word the way we do, and that's why we have the courage to warn you. 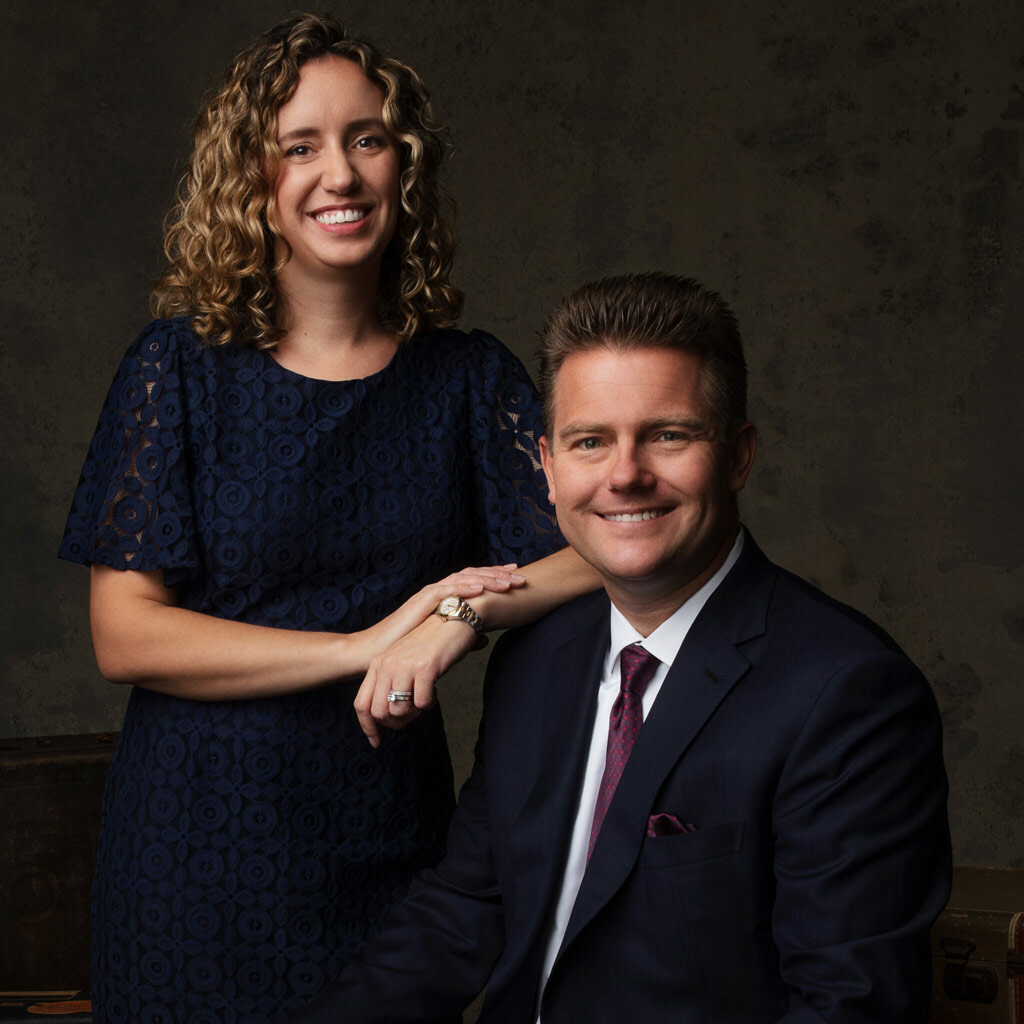